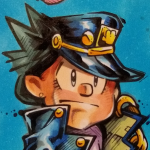 Hi there, I'm Xilinoc, a chat moderator and member of the Policy and Standards Committee here on Bleach Wiki. Feel free to ask me anything about anything, be polite, and remember to sign your posts with four ~ so I can properly respond to you. Thanks in advance.--Xilinoc (talk) 00:31, February 7, 2020 (UTC)

Just FYI there is no need to rename pages to take out spaces or apostrophies. Specifically the top two files in the move log from yesterday, DDRYuzuKarinCry.png too. They were fine as they were and were easier to read too. I just dont want the recent changes clogged up with unneccessary renames as its hard enough to see whats happening on RC without them when there are so many renames/uploads flooding it. ~~Ууp <talk> 09:58, November 18, 2019 (UTC)

Yes the green Adjuchas with the large arms and killed first did have a name. I think it started with an M, but in the English Dub his name is give not like in the Sub title version say "He was killed." Darkmachines (talk)

Can you help me? Do you know anyway to get unbanned from the Discord please? Darkmachines (talk)

Hey I just want to say Keep the awesome work up doing the color manga pictures. I'm very excited when you can get to the Arrancars! Darkmachines (talk)

I'm calling it. In about two months you be at the Arrancar Arc in the magna. I need to tell you for the Arrancars half of them barely have any manga pictures. Darkmachines (talk)

Hello, Xilinox. I just wanted to know why you felt the need to undo my edit on Kanae Katagiri's page since, as far as I'm aware, I hadn't done anything wrong. All I did was change instances of her last name into her first so that it would match other character pages. For example; if you go to Uryu's page and look at every section (appearance, personality, etc.) it all reads the same "Uryu is a..." "Uryu has a..." etc. So then why does it refer to Kanae as "Katagiri" for most parts on her page (there's some instances of her first name being used towards the bottom) when it should be "Kanae" seeing in how that's her first name. My apologies if I'm overlooking something.. ^^; --ParanoiaGod69 (talk) 20:36, January 27, 2020 (UTC)

Thanks for getting back to me, but now I'm even more confused on what to do. You mentioned Toshiro's page as one of your examples for a character being described with their last name only, but after a quick glance at his page I can see multiple instances where he is referred to as "Toshiro" with one sentence and then the very next he's "Hitsugaya"—there's many inconsistencies riddled throughout his page that could cause confusion for someone who isn't familiar with his character yet those remain untouched. I don't know, I just thought it made more sense to refer to a character as their first name rather than their family name since that is their name (I understand it wouldn't cause confusion on Kanae's page since there isn't any other characters with the last name "Katagiri", but I've always preferred using first names when describing a character even if it isn't what most people are used to—it's still their name, after all.)

On the topic of Shunsui, however, if I'm not mistaken (I may be, it's been quite some time since I've read Bleach, mind you) most of the characters referred to him as "Kyoraku", right? So then, shouldn't his page follow the same pattern that you have going?

Hey, as you may have noticed, I started working on Roka Paramia for various reasons. Now, thing is, she is actually a canon character, as she is the unnamed nurse that reattached Yammy's arm (and survived apparently). So I was wondering if you could perhaps find a decent anime or colored manga pic of her to use as her profile instead. Timjer (talk) 13:53, February 3, 2020 (UTC)

Well, it's something at least. More than what most novel characters can say. Thanks.
P.S.: While I don't mind Roka as an OC, I indeed wonder why she had to be that one shot background character that was (apparently) killed off per se... Afaik, she could still have worked in the story as someone fully new, but I'm not a professional writer.Timjer (talk) 16:15, February 3, 2020 (UTC)

It may be your bias, yes, but it does cross over with my biggest complaint: Narita's tendency to make filler stuff canon one way or another. From the Dark Ones to Muramasa to Ashido Kanō (though that one is forgivable by itself)... Kinda feels uneccesary because the fillers were the weakest part of the anime IMO.Timjer (talk) 16:54, February 3, 2020 (UTC)

Turns out it was a problem on the pages themselves. They both had "title" instead of "name" listed on the page so the template just ignored it. Ive changed both of them. Im sure itll turn out to be listed like that all over the place but its not something to worry about as the pagename works in our favour there. But if we go down this EU tab path well need to remember it change it on those pages as we go. That is assuming they need to have an infobox at all. Makes sense with Roka, but Im not sold on Rukia right now. ~~Ууp <talk> 21:34, February 8, 2020 (UTC)

What Jidanbo lost his arm in the Manga! O_O I never knew that! Darkmachines (talk)

Hey, as part of my "experiment" on Katen Kyōkotsu's page to seperate manga and EU, I was wondering if you could find some decent colored Manga pics to use as their profile pics? I'm asking because it doesn't really feel right to use EU filler pics, even if they're anime, as part of the canon section. Timjer (talk) 19:41, February 11, 2020 (UTC)

I'm assuming you have all the colored scans. Could you fetch me a full body crop of the bottom panel of chapter 647, page 10? I'm thinking of making a table for the Soul King's parts but using Gerard's super small crop of his face looks...weird. Lightning Laxus (talk) 18:13, February 12, 2020 (UTC)

Thanks for the Gerard pic! But now I realize the Mimihagi pic I was using and the one in the article infobox is just a statue, not the real thing. Apparently Mimihagi doesn't even have an image gallery on this wiki. Anyway, uh, this (ch 616, p 15) is the best I could find of the real thing that shows all its features. Could you crop it to something like this? https://prnt.sc/r1erm9 Lightning Laxus (talk) 18:45, February 12, 2020 (UTC)

why not just enlarge the image and then crop it

I was attempting to omit the part about his "head" enlarging and proofread the section like an essay. From what I read a lot about the details of Pernida's Schift is TMI and much of it unnecessary to read. AnonymousAnomani (talk) 15:20, February 21, 2020 (UTC)

There shouldn't be any point to referencing Yammy's character traits. But the section needed a touch-up since I read his personality incoherently. AnonymousAnomani (talk) 18:33, February 21, 2020 (UTC)

Could you please change a gender for Giselle from Bleach?

He is a male, not female, which was confirmed by Mayuri and Yummichika.

Heya, Xil. Saw the topic on Aizen's talk page about switching images in the infobox. A user on Community Central, Wingstrike, had a thread up about this: link. There's a link to a Switch template with 3 options down the page: link. Might be something you could port over here. Kenji-Taichō (Talk) 09:55, March 1, 2020 (UTC)

Concerning my recent edit on Gerards page, you said I was "condescending about correcting long-standing mistakes". While I honestly don't see how I was condescending in any way, I sincerely apologize if I unintentionally was. I want to make it clear do respect you and the rest of the staff for your hard work, something which I know wiki volunteers don't often get. Timjer (talk) 18:17, March 1, 2020 (UTC)

Oh, alright then. BTW, while we're at it, are there any other "unclear translations" left open from the old days that you know about? Because if it happens to be from vol. 68 - 74(*), I could check it on my Kindle right now if anyone wants.
(*)Those are the only voumes I have digital. The others are hardcopies that I don't have with me right now. Timjer (talk) 18:28, March 1, 2020 (UTC)

With the release of this novel we get confirmation regarding Tite Kubo's involvement with the Bleach novels. A meeting was held after the Bleach manga series finished, with Ryohgo Narita the where Tite Kubo was also in attendance and was able to ask questions regarding the time gap between the 10 years after Yhwach's defeat. Would that make the Novel Bleach: WE DO knot ALWAYS LOVE YOU, canon or should we continue with just adding things to the Expanded Universe tab like we are currently doing? This is the website where the interview was written [1] I also found some of that interview translated on tumblr [2].--Tuxedo12 (talk) 20:02, March 9, 2020 (UTC)

I been looking at where you are now. So next volume is the force on Ichigo vs Kenpachi fight. I wait excited to when you get to the Arrancars because many of them don't have manga pictures of them. Most Grimmjow's fraccions. Also please don't forget about Hollows too. Like the ones that's coming up soon in Momo's flashback. That one that could hide its reiatsu and scared Hisagi.Darkmachines (talk)

Retrieved from "https://bleach.fandom.com/wiki/User_talk:Xilinoc?oldid=522179"
Community content is available under CC-BY-SA unless otherwise noted.