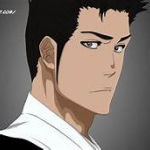 Hey there, I'm a mod here, I'm Sun. You are repeatedly violating our rules regarding reviving dead threads. See the Forum Rules for future reference. Reviving threads after 2 years is not productive. Thanks. SunXia (Chat) 20:20,4/9/2018

Further to the message you sent, I had no idea the topic I wrote yesterday was an old topic which was closed years ago. Moreover, I had made checks before writing said article and no one else had discuss theory of my topic which was the Fall of the Shiba Clan why did it happen.

Consequently, it was not my intention to cause trouble for you or your fellow admins when I created an account here; more importantly, all my topics were just for good fun. In closed, lets move on from this to bigger and better things.

I shouldn't have to remind you of this again but these rules, again you are violating these rules by reviving dead threads. Specifically:
So I will ask you again to please stop it, I have asked this before I don't intend to ask again. If I see this again I will advocate official actions begin with blocks as I have written to you in clear english about our Wiki and you have ignored them so far. This is the final warning on this. Thank you. SunXia (Chat) 21:11,4/26/2018

Ok you removed one of your new threads which is not....related to anything I was talking about. Specifically I was speaking of this thread and this thread they are considered dead threads because they haven't had a reply in more than two months. I'm beginning to wonder, I don't mean this offensively but is English your first language as you should have been able to understand what I meant from my above post. SunXia (Chat) 23:29,4/26/2018

This is a Database primarily, it was never intended that my job be for forums. Again I will quote:
my job is upkeeping the Wiki, specifically the images and gifs around here and to enforce policies. It is not my job to continually tidy up after the same people when, despite being told the rules weeks ago, can't be bothered following them. Otherwise sure just let all rule breaking stand and blame myself when it happens. Which is a no. You were sent the rules at the start of this month. I shouldn't have to do it again. Don't try to use the "well I shouldn't have been allowed to break the rules, so its your fault" argument, you are the policy violator here, not I. SunXia (Chat) 20:25,4/27/2018

Hey there you seem to be confused by this place. This is a database for the Manga series. And we the editors aren't really interested in the novels that are spin offs influenced by the series. They are not canon, the same way that the Movies are not canon. Of course Kubo is going to endorse the media. He gets paid royalties so saying that sort of thing doesn't sway us here. Forums are a very secondary feature on this Wiki, we are more concerned with the upkeep of the information we have, not with theories and such. We will not reply to crack theories or discussions how you want us to reply. I would suggest you find a forum dedicated to that as you are clearly frustrated here. SunXia (Chat) 21:51,4/19/2018

Your reply here does not violate the policies. The last post was less than 2 months ago. Sorry I had to restore it to see. But feel free to remove it if you still wish to. SunXia (Chat) 18:53,5/2/2018

Retrieved from "https://bleach.fandom.com/wiki/User_talk:Ryusei-6?oldid=484979"
Community content is available under CC-BY-SA unless otherwise noted.