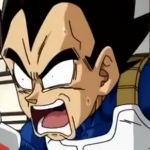 Weolcome to my talk page! Please leave a message and I'll get back to you soon.

Re: Featured User for November 2013

Wow, thanks :) that’s a nice birthday gift! Here are the answers to the questions. Again, thank you!

1.How did you find the Bleach Wiki?

Well, that’s actually a difficult question since it was so long ago. But if I remember correctly I was beginning to really like Bleach at the time and I felt that I wanted more information about the series and that I wanted to find a place where there were people other than me who like Bleach. I googled “Bleach”, looked at the pages that came up and saw something called “Bleach Wiki”. I decided to have a look at it and soon I was reading the articles and later on also the weekly chapter reviews on the wiki regularly.

That’s also a difficult question; I’d say that I like most things about it. But if I am to say that there’s something I like the most I’d say it is the fact that this wiki is very well organised, it’s got all the relevant information presented in a very professional way.

3.What made you start editing here?

When I finally started editing I had already been reading on the wiki for a long time, and during that time I started to notice small things that were wrong in the different articles. Perfectionist as I am, it annoyed me greatly to see for example the small grammatical or spelling errors that nobody else seemed to notice, so eventually I worked up the courage to get an account and started editing. I also wanted to be able to comment on the weekly chapter reviews and thereby be able to discuss Bleach, but that was not my primary reason.

4.How do you go about editing?

I simply read through the articles and look for any eventual errors (like spelling or grammar or whatever it may be) or missing information, and then I correct these problems to the best of my ability. And if there’s some big change that needs to be done I of course discuss it on the talk page. I also try to incorporate information from new chapters into the appropriate pages when they come out.

5.If there is anything you would add or change about the wiki, what would it be?

There’s nothing I can think of, I like Bleach Wiki the way it is now.

6.What words of advice would you give to other users on the wiki?

Please don’t violate any of the Wiki’s policies; they exist to ensure that the wiki stays as marvellous as it currently is. If your edits are undone or your pictures are deleted or whatever it may be, read the policies and you’ll find out why. And if you still don’t understand you can always discuss it on the talk page or ask a committee member or admin. If you instead try to do it again you’ll simply be warned and eventually blocked. I’d also encourage all users to simply be polite and respectful, and please do try to be logical. I hope you all enjoy being on this wiki as much as I do!

I wanted to ask you about the Toshiro vs Cang page. Did you delete the entire page? That took a lot of effort. Couldn't you have at least consulted me beforehand so I had a chance to save it and do it again properly? Unbelievable. That's the last time I edit for this wiki for a while. Tommo2304 (talk) 16:22, November 10, 2013 (UTC)Tommo2304

So, I was thinking of ways to jump on board with this wiki again, and I figured the Revelations Project would be the best way to do it. How do I go about joining? Just add a workspace to the list and get to work, or is there some other process? ~~TenTailedFox <talk> 17:51, November 19, 2013 (UTC)

Thank you for the editing notification.

This is my response

Ok, I got pulled into a Thread that I wanted no part in given I am trying to have a break to concentrate on massive family and work issues right now!! Your friend insulted me after I gave my opinion so yeah I don't appreciate being called a bitch even if he did try to hide the fact he did it!! SunXia (Chat) 17:45,12/14/2013

Ah very well my apologies I was not aware of this fact, I thought he was trying to say that I was a bitch for not agreeing with both of you!! Besides I haven't seen any real content contributions anywhere!! And his nonsense attracted an old stalker of mine, great, I removed his reply as he has been told to leave me alone!! So yeah back to my break without torture!! Hope things are well, they certainly aren't here :( SunXia (Chat) 01:14,12/15/2013

Well it was just for the lolzz :DD —This unsigned comment is by Hashwalt20 (talk • contribs) . Please sign your posts with ~~~~!

Can you please provide evidence? How do you guys know Kubo just referred to it as that once and didn't change it later. He could be inconsistent in writing. Did you guys just pull it form one source or all sources possible? Banan14kab 14:20, April 19, 2014 (UTC)

When you say "no chnage over several hundred manga chapters" are you referring to the English translations or original text in the Weekly Jump issues in Japan? I'm not trying to say I'm right, I just want to know the exact evidence of where all this info on Kubo's spelling and writing is coming from. Banan14kab 15:12, April 19, 2014 (UTC)

Ok that makes sense. But just another question: Shouldn't all the ordinal places in parentheses be the same? For example in Szayelaporro Granz's article it reads he is the "Octava Espada (eighth)". Shouldn't it read as "(8th)" instead? Ulquiorra's article has the same problem as well as Harribel's.Banan14kab 03:21, April 20, 2014 (UTC)

Hey :) I just search for various RAW's of chapters and if I'm certain that I correctly translated it, I put it on page or in Translation Corner. Usually, as You can see in Translation Corner, people provide "us" a raws or Japanese texts and expect a translation/s of things/names/etc that are missing translation or things that were translated incorrectly or also to give the new recent names and details of Bleach Manga/Anime. If You would ask me of my translation tools and skills, I would say that Lord Tangorin and Jisho helps me with a lot of things, bur nevertheless, I make mistakes and I try to be better ;) Sorry for replying so late but I had hard times at work so I wasn't online for some quite time. Regards Mad6 (talk) 21:19, April 23, 2014 (UTC)

Thanks for fixing my mistake on the arena can you please tell me what exactly went wrong so it doesn't happen again? Mr.Rig and Zig 05:37, June 14, 2014 (UTC)

Hey Kami I noticed that the kidō page has her in the master users part but on her page she in list has an expert. So clearly there is a mistake on one of them can you help fix this problem? Naruto 45 (talk) 05:42, July 18, 2014 (UTC)

Greetings, I just have a couple of questions about Giselle's page. You deleted my edit saying "Unreferenced, this is not the kind of material we put in trivia". I'm not sure what you mean by unreferenced? You mean to wait for a confirmation of some kind of Giselle's physical sex? Personally, I think at this point it's obvious Giselle is a trans woman, Bleach is not the type of manga to go into visuals for this (it's only my opinion though). As for the trivia part, that was wrong of me to put in that section, could you please tell me which is the correct section? Thank you Fetuscakes (talk) 18:00, July 18, 2014 (UTC)

i did not actually want to edit the pages. I wanted to post in a forum or discuss with someone, but I couldn't find where to say anything.

The spanish is terrible. It's always killed me in the mangas. Being a native spanish speaker it drives me nuts.

That said, why is the Bala attack not translated (the definition says it's a "bullet-like" attack, though it literally means "bullet"). In fact, none of the non-release abilities are defined.

That said, the definitions here say "SPANISH FOR..". Which isn't true in many of the attacks. Don't you agree that it shouldn't say "Spanish for" if it isnt ACTUALLY spanish for what it says?

To be clear, I don't mean to be a douche about anything...

But to be frank, on your own page, you describe yourself as a "grammar nazi" and a stickler for the rules.. Is it wrong that it bothers me that the truth is you are a grammar nazi and stickler only if it isn't YOUR native language?

I just think if you are going to use the words "Spanish for.." then it should be translated correctly.. perhaps including the creator's version as another translation.

I don't care that his spanish is bad.. there is little to be done about that (he's got genders, tense and person all wrong).. but the translation should be correct. (They are wrong because whoever did them literally used Google translate. I checked.)

If I cannot even convince you, a self-professed grammar nazi, that grammar should also extend to the other languages, then what shot do I have with anyone else.

I won't say it doesn't bother me more than a little bit that there are discussions about how people are trying to get the english right over and over, but when it's not english "who cares?". Nookleer7 (talk) 03:30, September 23, 2014 (UTC)

Can I know the reason why you unedit my post? ._.

Hey, can I ask why you undid my edit to the Ichigo page?

It's not just you. Their servers blew a fuse or some similar crap. They addressed it on Twitter, here.

I got Skype reinstalled last month, so hopefully it works this time around. But I'm going to need a new account. I hate to say it, but I forgot my password to my old one, and at this point, I'm ready to get a new one from scratch. Arrancar109 (Talk) 20:45, September 30, 2015 (UTC)

The Mnaga Coover Page isn't as good as the Naruto one can you please fix it —This unsigned comment is by Chazzwt (talk • contribs) . Please sign your posts with ~~~~!

Not sure if you're up to date. but kenpachi's wiki has still not been updated, just thought you should know

Retrieved from "https://bleach.fandom.com/wiki/User_talk:Kamikaze839?oldid=457540"
Community content is available under CC-BY-SA unless otherwise noted.