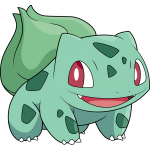 When starting a new topic, please use a heading that allows me to easily identify your request. 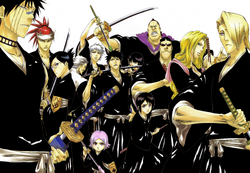 Hello! This is my Talk Page. Whenever you want to leave a new message, always add new text below the old ones under a new heading, so it's easier for me to spot the message.

I think Salubri was handling it all for now. He said he just wanted us to reference the new techniques on the Unmasked project talk page. He told me not to add anything to pages yet.--GodPray  02:03,7/24/2011

Do you know how to make GIFs? Since Tinni may be busy and we may have a lot of GIF requests coming in because of the UNMASKED databook revealing some techniques, we've been looking into more GIF makers. Someone mentioned you may know how to make GIFs, but I wanted to ask you first, just to be sure. Arrancar109 (Talk) 01:29, July 26, 2011 (UTC)

I remember you said you had a translator over on Fairytail Wiki that was willing to help us out on the translations a little. If she is still willing to help, if she could take a look at Ulquiorra's back story from Unamsked as well as the Harribel story it would be a huge help. Let me know.--GodPray  01:47,7/26/2011

Here is the full book. I unfortunately don't have just the scans for those two parts. The download is quick though, minute download time and its a small file.--GodPray  01:57,7/26/2011

Thanks for that. Looks good. The translation corner works like the Fight Summary project, you need approval to be a member. Talk to Salubri, he will check over her work and and give her the okay to add her name.--GodPray  16:49,7/26/2011

From now on for translated information just have it placed on the translation corner page. Also is there anything particularly being done as far as translation is concerned as there are things from the unmasked that still need translation.--Salubri (Talk) 23:49, July 27, 2011 (UTC)

Dont worry about the current translations Ill handle that just the future ones. Now if any scans are required i have access to them if she is available to translate.--Salubri (Talk) 00:04, July 28, 2011 (UTC)

Well actually, I'm actually planning to work on the Harribel pages during a flight to Iceland on 8/2. If it's the new pages, I can probably quickly look over them and provide translations before I leave. (They look easier to translate) JapaneseOPfan :: Talk 03:15, July 28, 2011 (UTC)

Well, I didn't mean right now, but that works out fine. I'll start off with one for now. I'm working on the movie articles, but am starting with Memories of Nobody for now. I need a GIF of Senna's Shikai, Mirokumaru. It needs to display both the entire appearance of her weapon, and the tornado it projects in its released form. Senna releases her Shikai at the beginning of the movie, so that would be a good place to find it. Thanks in advance. Arrancar109 (Talk) 06:24, August 2, 2011 (UTC)

Those look great. Thanks. I decided to add the second one to the article, but I've added both to the image gallery. Again, thanks. I'll let you know about my other requests when I can get to them. Arrancar109 (Talk) 18:05, August 2, 2011 (UTC)

I'm sorry about that I'm really new here but thank you for telling me this and when i edit you can help me out. —This unsigned comment is by PinkFriday (talk • contribs) . Please sign your posts with ~~~~!

Alright well then after that if there needs more a challenge then from yammy on pg 35 to 140 to Aizens defeat we still need those translated. we also still need pgs 155-160 and onward. Translated if she needs specifics on what page that is then let me know. Hopefully she can really help we need it. Thanks.--Salubri (Talk) 05:00, August 27, 2011 (UTC)

mind if i ask how to change the signature in wikia site ^^? peace hinamori369

Thank You very much for your information ^^

Alright, here's my excuse. I don't know if you know this or not, (prob not) but where I live, there was this big hurricane (to be specific, Hurricane Irene in the east coast of N. America) plus an earthquake recently, and we haven't have power or water for days. We finally found a place with power and I got to access the net. I'm sorry but you guys are gonna have to hold off for a while until everything here is back to normal. Also, I'm a little confused about this Yammy thing... what is he talking about? I don't have the databooks or anything so I'm lost in the dust. I would need a scan for any raw they would like to have translated, please. And once again, sorry for the extreme delay. JapaneseOPfan :: Talk 22:54, August 29, 2011 (UTC)

Thanks. Haha I'm always unavailible on wiki these days XD But thanks to the hurricane, work/school openings have also been delayed, so as long as I get power back soon and schools don't, I'll be pretty active these days. Which is actually possible, since 378k people lost power and they're starting to fix the lines near my neighborhood. JapaneseOPfan :: Talk 23:21, August 29, 2011 (UTC)

Would you mind if I used the templates and tables you have on your user page and talk page for my own? I'd edit them of course, for my own page, so that they don't exactly copy yours. Just thought I'd ask as a courtesy rather than just take it. Ten Tailed Fox (Talk with me) 02:17, August 30, 2011 (UTC)

Its been a few weeks. More than enough for committee members to make a valid decision and I've managed to up my mainspace edits a bit so that they could see the quality of my edits. Mind holding a reconsideration vote for me, or should I wait longer? Ten Tailed Fox (Talk with me) 02:08, September 2, 2011 (UTC)

What are you doing?

What are you doing? I just put up my page and don't change it! I know people will love it!—This unsigned comment is by RebeccaKyoraku (talk • contribs) . Please sign your posts with ~~~~!

By the way. i dont remember editting anything in Grimmjows discussion section. it even says new section

and i was not confused by the spikey blue hair and eyes.

It's cool. I actually have been pretty inactive myself. I am the sole contributor at the Ninja Gaiden Wiki and was trying to spruce it up a bit in time for the new game coming out. Do what you can for both wikis.--GodPray  03:02,10/27/2011

I have been wroting the episode summaries for the past two episodes (episodes 351 and 352) I also plan to write the summaries for episodes 348 - 350. i notce that there is nio place on the anime summary page to add these, and thus no one will now to check them. I wanted to notify you since you lead the episode summary project. ROBO731 (talk) 18:43, December 17, 2011 (UTC)

Hey Jakuho, just sending out a reminder that you signed up to reference a few article in the Bleach Wiki:Article Improvement Project. Work on those when you can. Thanks.--GodPray  02:31,12/22/2011

They don't have to. The ones I updated this morning were just out of date, being either from the manga or else they were some of the lesser suitable shots that we got from early in the arc but were later replaced. I was just putting in the better quality ones now that we have them. The ones from before the start of the current arc do not need to be updated if that is what you are wondering ~~Ууp <talk> 14:32, December 24, 2011 (UTC)

I hope you don't mind me asking, but I noticed where you signed your name on the anime summary project page you have a template that says: User:IamJakuhoRaikoben/Sig . How did you make that/insert it and does everyone have one ?   ROBO731 Talk 20:28, December 24, 2011 (UTC)

Thanks I was able to figure that out, but when it asks me to enter the parameters for the template do I just add 5 tildes, or do I do something else ?

Some of the episodes in the Anime summary project, like episodes 228 and 229 have well written summaries, but few to no pictures. Is the issue that they need images or that they need better summaries ?  ROBO ROBO731 00:48,1/5/2012

Okay, I always read them through, since I'm part of the Grammar Correction Project. I just wanted to make sure. Also are you going to do those episodes you claimed for the alternate arc. If you aren't going to do them, let me know and I'll take care of them.  ROBO ROBO731 03:42,1/5/2012

Hey Jakuho, when you get a chance, drop by the committee talk page. I have placed Lemursrule's name up for nomination for the committee.--GodPray  06:49,1/13/2012

Hi there. Just a quick note to say that voting for the featured article, picture and quote on the Main Page is open. As per the rules of the votes, users who have been members for over a month and who have made at least five (constructive) edits this month are entitled to vote and you meet those criteria. The vote closes at midnight (UTC) on 30th January, so please consider voting for them, or even just for one. Thanks for your time. ~~Ууp <talk> 16:41, January 29, 2012 (UTC)

Good to have you back, I completed most of the summaries for the alternate arc, there's only one left.  ROBO ROBO731

No problem, I've sort of been holding off on the last summary because it's a filler episode, but I'm going to try and get it done after Tuesday.  ROBO ROBO731

Thanks, sometimes I read through them too quickly and miss some of the little things like that, but it rarely happens.  ROBO ROBO731 23:04,2/7/2012

Normally on such things I would not ask for help, but the coding for certain Templates namely Template:Switch and Template:Toggle are not working out right. So upping the level of contribution to the site, Im basically asking if you can see how to make them work properly, as there is obviously something im missing.--Salubri (Talk) 20:27, March 4, 2012 (UTC)

Hi, JakuhoRaikoben. I've noticed that you have made some GIFs here on the Bleach Wiki. I'm trying to make those as well for my own Wiki, but I can't find a good site that delivers high quality GIFs. I was wondering, what do you use for your GIFs, a site, a program and which one?

Actually, I do you have the high quality videos (I use torrents from tokyotosho.info), but I was looking for a site/program the turned them into GIFs that are smooth enough and long enough. Thanks for the program suggestion, I'll look into that.
And yes, I have noticed that you aren't tweeting a lot on the account, so I figured you had some problems. No problemo, I could handle it before I asked you, I'll just keep it running now too. It's better that you let me know that you're quitting, than just stop tweeting. Not a problem at all :) BereisgreatShout! 597 edits on this Wiki 20:28, April 20, 2012 (UTC)

Yeah, sure, I totally understand. We can't expect every animanga fan to be so engaged in the entire animanga scene, that'd be asking too much. I actually visit Anime News Network daily for my own interest and I watch the new Spring anime's, so this "job" fits me perfectly. If you're having a hard time concerning that necessary knowledge and, as you said, the time, than you're perfectly in the right to stop. BereisgreatShout! 597 edits on this Wiki 20:39, April 20, 2012 (UTC)

Retrieved from "https://bleach.fandom.com/wiki/User_talk:IamJakuhoRaikoben?oldid=414491"
Community content is available under CC-BY-SA unless otherwise noted.