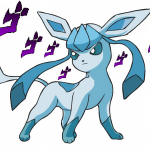 aka the Cuban Eevee King

There is proof, albeit circumstantial, that his Quincy powers are still intact. There is a margin of belief that his hollow powers survived as well. Instead of threats of Banning, why don't we talk about it?Mosaica (talk) 00:14, January 22, 2017 (UTC)

That is true, but in the final chapter, Kazui showed the Quincy ability of Reshi absorption. If Ichigo lost the powers Completely, he wouldn't have that. The point IS valid. It's extremely valid that the abilities were intact, just Nearly gone. There was also never a follow up on their disappearance. I'm not trying to Edit War, but there isn't a confirmation that their gone completely. I feel I should mention that I have studied Story design, and Attention on Kazui using was expressly Deliberate. It was to make a point.Mosaica (talk) 00:33, January 22, 2017 (UTC)

Thank you all for the birthday wishes, it really does mean a lot!

Also, Sal, I have no idea. This organic life form thing is weird. Future (Talk)

Retrieved from "https://bleach.fandom.com/wiki/User_talk:FutureEeveeKing13?oldid=472422"
Community content is available under CC-BY-SA unless otherwise noted.