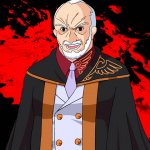 I am Nwang2011, Mr. N, Nathan W. or, ワン゜ネイサン. A pleasure to meet you. I am currently 20 and a student. I am an Evolutionary and Ecology Biology major with a Japanese minor. On this Bleach Wiki, I enjoy reading the articles as well as helping improve them via grammar edits and other corrections. I still have a great deal to learn about how some things are run (having joined June 28th, 2009), but I will do my best to help contribute. Some of my other favorite anime/manga include:

Take a look at my favorite characters. These are non-character pages

Powers & Abilities (That Nwang2011 Would Have)

Master Swordsmanship Specialist: Swordsmanship is perhaps one of his greatest abilities. He excels at utilizing many different forms of swordsmanship (particularly combining Fencing styles with that of more traditional Eastern Asian). His swordsmanship is one of the finest and most elegant known. He possesses quite a great deal of finesse in his techniques. This has been demonstrated by his ability to stand his ground against ferocious opponents such as Zaraki Kenpachi of the 11th Division. He is easily able to block or parry most attacks using only his zanpakutō's sealed form.

Kidō Expert: He is quite proficient with the arts of Kidō. This is best seen through his superb use of various defensive kidō and bakudō spells (all up to Number 92). His skill with hadō is a bit lower as he is currently only able to use hadō up to Number 70.

Garganta: The technique used by Hollows to move to and from Hueco Mundo. He has demonstrated the ability to use the technique (albeit it takes slightly more effort that it would for someone like Urahara Kisuke). It literally tears open the dimensional fabric separating the worlds, revealing a tunnel of whirling, torrential energy that must be focused and solidified to create a discernible pathway. The incantation he used is: "In my right hand I hold the stone that connect the borders of the worlds. In my left hand I hold the blade that binds existence. The black-haired shepherd, the seat of the noose. A bank of clouds come, striking us and the crested ibis."

High Spiritual Energy: He has spiritual energy that generally matches those of lieutenant-level Shinigami.

Master Defense Specialist: Perhaps, the most defining trait is his powerful defense. His defensive ability is well beyond of that of the average captain-level shinigami. The evidence is his masterful utilization of defensive kidō and bakudō in combat as well as his ability to parry attacks away with his Zanpakutō in sealed form. He has relative ease at deflecting if not reflecting attacks back and has also drawn matches against opponents with tremendously more power into stalemates until those with greater offensive capacity arrive to help.

Expert Hand-To-Hand Combatant: While not the most powerful in hand-to-hand combat, he is certainly not one to be taken lightly. He has been able to disarm or incapacitate a fair number of opponents, though it is not exactly his preferred method of combat.

The name of the Zanpakutō is __. In sealed form, it resembles a standard katana except that the hilt (handle) is slightly curved at the end. The hilt is of a dark brown color. The guard is of a simple bronze oval shape.

1st Shikai Special Ability: It takes the form of a pair of gray, metallic tonfas. Its length is ~14.5 inches. They are squared off and tapered at the end. He is able to focus kidō into the shafts of the tonfas and generate forearm shields to better defend.

2nd Shikai Special Ability: In it's second form, it becomes a wearable suit of armor. The armor is light enough in that the wearer is able to use shunpō (Flash Steps) fairly easily, but offers some very durable protection. The armor can also create copies of itself made of light blue reishi. The armor copies are able to move on their own and so can be used for combat purposes as well as be worn by others for protection. The armor itself is of navy blue/gray shade and is similar to what would be worn by historical samurai. It has rectangular shoulder pads which holds two oval shields on the sides that cover the upper arm (that can be detached for use), metal gauntlets, skirted breastplate and sports a white jinbaori. Also, he can still utilize his zanpakutō in its sealed form.

This bankai allows him to create condensed shields and barriers of reishi around any object without using kidō. Once a target is inside one of the barriers created by this Bankai, the target can either be protected from all outside attacks, sealed away, or be demolished by an explosion of reishi that builds up inside the barrier. Kidō (particularly bakudō spells) are enhanced such that the potency of lower-level kidō spells are doubled. As an extension of the 2nd Shikai ability, it can create copies of the himself made of light blue Reishi that can fight with various weapons of reishi, similar to the Quincy's ability to use Spirit Weapons.

Some Favorite Things Outside Anime/Manga

Retrieved from "https://bleach.fandom.com/wiki/User:Nwang2011?oldid=504689"
Community content is available under CC-BY-SA unless otherwise noted.