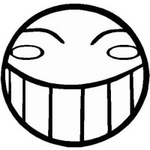 I'll update here with random thoughts or observations I find relevant. Be prepared for randomness to appear here at any given time.

I'll be done with my Spring finals next Tuesday, and then I'll have a ten day break, so hopefully I can get back to doing 'something' worthwhile around here.

The voices in my head told me to come here and make it look prettier, so I decided to listen to them. They can get pretty mean if I don't, especially Conrad.

I'm currently in college studying mechanical engineering, so I don't have as much free time as I would like to help out around here, but that's only to be expected with reality. It can really bite sometimes.

Bleach, obviously, is my favorite anime/manga, and I'm a huge fan. My journey from discovery to Otaku status can be read below. Other animes I watch include Fullmetal Alchemist (and Botherhood), One Piece, Deathnote, Inuyasha, Kekkaishi, and a few other I can't think of at the moment. Not that much of a fan of Naruto, though.

My favorite character is Ichimaru Gin. I'm SO obsessed with his creepy demeanor and mysterious nature, it scares my friends. I literally jumped out of my chair and cheered when his motives were finally revealed and attacked Aizen-sama. Unfortunately, I had an equally negative reaction to ButterflAizen coming back and killing him. I sulked for the next day or so knowing that he wouldn't make it.

I first discovered Bleach late one night when it first premiered on Adult Swim. I liked it at first, but wasn't that into it. I watched about 7 episodes before I decided to stop staying up to 1 AM to watch it. A few months later, I couldn't sleep, and decided to check out Bleach once again. By now, it was at the heart of the Soul Society Arc. Even though I really didn't understand the plot at the time, I was instantly hooked after watching that one episode. I spent the next week watching all the episodes I missed, and watched the English dub every week from then on.

Unfortunately (or fortunately for most people on this site), I became incredibly busy when they first debuted the Bount Arc, and was only able to watch a few episodes from that entire Arc. I've never really had the time (or the desire, after hearing others opinions on it) to go and watch it all, but that will probably change sometime in the future. I started watching again at about episode 115, so I didn't miss much of the actual story.

I watched the dub up until about episode 160 before my obsession with Bleach became too much to wait a week for only two episodes, so I began watching the Japanese dub online. It took about a month to watch the 80-some episodes I needed to catch up with the anime in it's entirety. I still was craving more Bleach, particularly the Ichigo vs. Ulquiorra fight, so I started reading the manga. Shortly after I finished reading up to issue 390, I began reading the manga from the beginning, in case I had missed any story elements from the anime I hadn't watched yet.

Since I was the only one of my friends really into Bleach, I couldn't talk to them about the newest mangas, let alone the Japanese animes they hadn't seen yet. I already new about internet forums and fansites from my previous obsessions (don't ask), so I began looking for a good one to join. I stumbled upon the Bleach wiki after countless other ones with horrible trolls and fan-fiction out the wazoos (again, don't ask). This place looked organized and fairly civil, so I decided to give it a try. Obviously, I liked what I found, and decided to stay.

What I do here

I don't plan on doing any serious work in my time here, but who knows what the future holds. As of now, I mostly make small grammar and spelling fixes. I've also done a little more extensive work on character pages I felt I could make better, and most haven't been undone, so I guess I'm doing something right. I also add summaries of new chapters to character plot sections on occasion, usually when I feel ambitious and it hasn't been done yet.

I'm pretty sure I know most of the policies here, but I'm definitely no expert yet, so I apologize if I make any mistakes. I think I got it down pretty well, but my mind lapses sometimes, so I might do something wrong occasionally and not see it.

What I still want to know

This is a section dedicated to stuff as of yet unexplained in the Bleach Universe that I most want to know about. This won't include the major things, such as what the new arc's about or about Isshin's past, because I can almost guarantee you that stuff will be discussed. This is mainly for smaller plot points not thoroughly explained as of yet. And so, my list (in no particular order)...

1) Ururu and Jinta's past They obviously aren't just humans that can see Hollows. There is something special about them, and I'm really curious if their past coincides with any other characters past. I also want to know how they ended up working with Urahara.

As many people are wondering, I too want to know what happened to the spunky little former Espada and her two goofy Fracciòn. They certainly couldn't have just disappeared, and it would be incredibly lame if Kubo just wrote them out of the story. Please bring back the cute little Nel! Ok, Pesche and Dondochakka can come, too...

This wasn't really explained at all after UberAizen's defeat. Is the Hōgyoku still implated in Aizen's chest, and now locked underground for the next 20000 years? Was it destroyed at some point? At the end of the battle, I remember Kisuke saying something along the line of the Hōgyoku rejecting Aizen, so I doubt it is still with Aizen. Maybe Urahara took it, maybe it was completely destroyed during Mugetsu. Who knows (Hopefully Kubo)?

Check! Fullbring! I now expect an interesting and compelling back story on his mother being attacked by a hollow!

I love these pictures, so hopefully you will too! I didn't make any of these, and I take no credit for them. Most of them are Bleach related, but I had to add a few others ^_^.

Retrieved from "https://bleach.fandom.com/wiki/User:CJett92?oldid=518267"
Community content is available under CC-BY-SA unless otherwise noted.