A healing technique that allows Orihime to reverse damage or effects taken on in battle. To activate the ability, Orihime recites her kotodama, which involves summoning Ayame and Shun'ō to form a half-oval barrier around whatever or whomever Orihime wishes, and calls out the name of the ability before stating the phrase "I reject" (私は拒絶する, watashi wa kyozetsu suru).[1]

The barrier repels the "inner shield". The shield placed inside means they repel the damage within a limited area. In other words, they return a subject covered by the shield to the state which they were in before taking damage.[2] When Sōten Kisshun is used, Orihime can reject and reconstruct subjects that are covered in her shield.[3] Yasochika Iemura noted the technique's healing speed is potentially faster than Isane Kotetsu's and his own.[4] However, the technique does not replenish the target's Reiatsu as quickly as regular Kaidō, as noted by Ichigo Kurosaki.[5]

Orihime fully restored Grimmjow Jaegerjaquez's destroyed arm from nothing. Sōsuke Aizen described this as "The Rejection of Events" because Orihime's ability is to limit, reject, and negate any kind of event which has happened to her target, and is an ability which returns her target to its former state, no matter what has happened to them. However, it is far more powerful than "Temporal Regression" or "Spatial Regression"; it is a power which "trespasses into God's territory".[6]

This ability does have its limits, as Orihime failed to heal Ichigo from Ulquiorra Cifer's Cero Oscuras[7], and could not restore the bifurcated Soul King back from the dead.[8] She also required Shūkurō Tsukishima's Book of the End to restore Ichigo's Bankai after it was broken by Yhwach's The Almighty.[9] 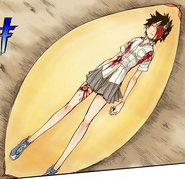 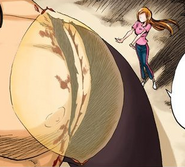 Orihime heals Ichigo Kurosaki after his fight with Byakuya Kuchiki. 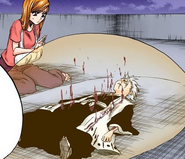 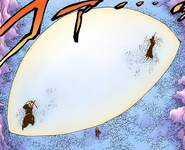 Orihime heals two Shinigami at once. 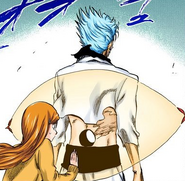 Orihime uses her powers on a deceased Menoly.

Orihime tries to heal Ichigo before his final battle with Grimmjow. 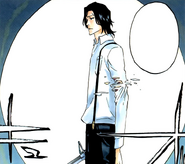 Orihime heals Shūkurō Tsukishima while under his influence.

Orihime takes care of the injured in Hueco Mundo. 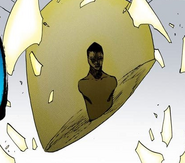 Orihime heals the wounds of Tatsuki.

Orihime heals Ichigo after his battle with Byakuya.

Orihime heals the two Shinigami after Ulquiorra attacks them.

Orihime struggles to heal Ichigo after his first fight with Ulquiorra.

Orihime heals Ichigo after his battles with Grimmjow and Nnoitra.

Orihime tries to heal a near death Ichigo.

Orihime heals Kūgo after injuring him.

Orihime heals Tsukishima while under his influence.
Add an image to this gallery

Retrieved from "https://bleach.fandom.com/wiki/S%C5%8Dten_Kisshun?oldid=529999"
Community content is available under CC-BY-SA unless otherwise noted.