There are currently 5 films based on the Bleach series.

Bleach: Memories of Nobody 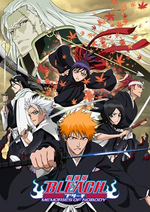 Main article: Bleach: Memories of Nobody

Bleach: Memories of Nobody, is a film that was released in Japanese theaters on December 16, 2006. It is set after the events of the Soul Society arc with Ichigo back in the Human World fending off Hollows. The movie is centered around the activities of a strange group called the "Dark Ones," who are trying to destroy both the Soul Society and the Human World. 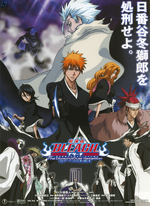 Bleach: The DiamondDust Rebellion, is a film that was released in Japanese theaters on December 22, 2007. This film centers around 10th Division Captain Tōshirō Hitsugaya, who is sentenced to execution by Soul Society after losing "the Ōin". 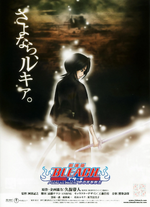 Bleach: Fade to Black, is a film that was released in Japanese theaters on December 13, 2008. As the movie's tagline "Sayonara, Rukia" (Goodbye, Rukia) indicates, everyone in Soul Society suffers amnesia and acts hostile to Ichigo and Rukia.[1] 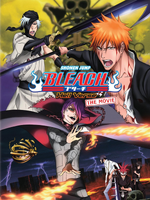 Bleach: The Hell Verse, is a film that was released in Japanese theaters on December 4, 2010. The movie is set primarily in Hell and features a fully Hollowfied Ichigo. Kubo stated that he was involved from the planning and scenario stage.[2] The movie centers around Ichigo and his friends heading into Hell with the assistance of a man named Kokutō to rescue Yuzu, who has been kidnapped by the denizens of Hell. However, while in Hell, Ichigo's Hollow powers prove to be problematic. 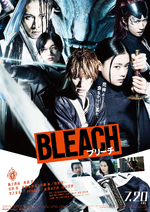 Main article: Bleach (live-action film) A live action film adaptation of Bleach's first story arc, covering Ichigo's service as a Substitute Shinigami until Rukia's arrest. It is directed by Shinsuke Sato and stars Sōta Fukushi. It was released in Japan on July 20th 2018.[3]