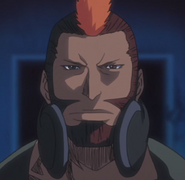 Gō Koga
Add an image to this gallery

The Bount and Maki Ichinose in a meeting.

Koga find the building where Yoshino Sōma and Uryū Ishida are staying.

The powers of the Bount increases.

Koga and his fellow Bount prepare to invade Soul Society.

The Bount arrive in the Soul Society.

The Bounts are confronted by the 2nd Division and the 7th Division.

Koga and Kariya assemble their followers.

Dalk and Koga discuss needing to get to Kariya. 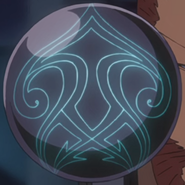 Koga with Ran'Tao after being saved by Yoruichi.

Koga and Kariya mourn the loss of Cain.
Add an image to this gallery
Retrieved from "https://bleach.fandom.com/wiki/G%C5%8D_Koga/Image_Gallery?oldid=534021"
Community content is available under CC-BY-SA unless otherwise noted.