Back to page
Edit this page

As per the Image Policy, nominate and discuss changes to the profile pictures of the character articles here and only here. The typical requirements for a profile picture are that it shows the character facing forward, in their typical attire and should not be battle-worn. They should be centered, have good lighting, and be of good quality. Candidates also must have valid and complete {{fair use}} and {{fair use rationale}} templates attached to them or else they will be rejected.

Only one "Support" vote per user. Votes will be open only for a week of the initial pic being placed. At the end of the week the highest rated pic will win. If no pick is a clear winner, than an admin with pick the pic. If another pic is brought up after the picture is picked then the voting begins again with the pic that has already been picked and the new pic or pics. 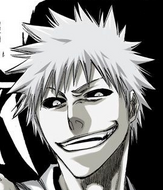 So, as you might know, the anime decided to pointlessly give Zangetsu yellow eyes instead of his original white ones. Normally it's a minor issues (unlike Nel's or Rangiku's hair colors...) that I wouldn't think is worth changing the profile pic for. Unfortunately several newcomers have over the times insisted on changing the description of Zangetsu to the anime version; and now apparently one of them decided to complain there's an editing dispute... Tl;dr how about giving Zangetsu an accurate manga profile pic? Timjer (talk) 15:34, 7 June 2022 (UTC)

I do support this, since I think the profile image should include as many accurate elements as possible (hair, eye, even tongue color), but I've tacked on an additional option that better fits our usual profile image template - no intense lines, no gaping mouth, etc. Downside is it's not quite as big, but it'll still meet the size requirements for the template.--Xilinoc (talk) 17:44, 7 June 2022 (UTC) 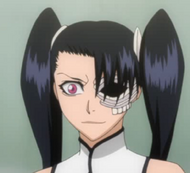 Time to ruin this page having 3,636 edits...okay, so the current profile image we use for Loly is much, much better than the abomination that preceded it for so many years (particularly as the latter wasn't cropped to where it is now), but it has one flaw: she's not facing the camera, and it looks pretty weird to have her looking down/to her right instead of directly forward. So, from the same episode, I've found a still of her doing exactly that which is also more easily centered. I think it'll work out.--Xilinoc (talk) 03:22, 24 June 2022 (UTC) 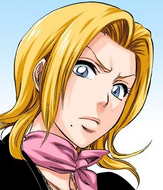 Place any images that are to be cataloged in the Image Galleries here.

I was playing around with some of the Burn the Witch assets I found and made some new wiki background concepts. I made a background, a "header banner" and a new logo. Do you guys like any of the new concepts?

Yeah I’m open for a “dual background” and I would have done one, but there isn’t any key art for the anime yet, so I think this will do fine for the moment. --Lemurs

Support the wordmark and banner, but not the background. Its time for a change I think, but it should be the characters and it should include proper Bleach characters first and foremost. While its only right that BtW be acknowledged since its the only new content right now, it shouldnt supersede the original which is 95%+ of what the wiki is about. ~~Ууp <talk> 09:12, August 25, 2020 (UTC)

Agree with Yyp. I support the wordmark and banner as well. While I admit the proposed background looks awesome, it kinda detracts from the fact that this wiki is still primarily about Bleach, not its spinoff. Timjer (talk) 09:23, August 25, 2020 (UTC)

Fair points, both of you. I'll try making a background to satisfy all parties later, but for now I say move ahead with the logo and background.--Xilinoc (talk) 11:50, August 25, 2020 (UTC)

I can refine the logo a bit (I was doing it on the fly) and move on using the header if all parties agree.--Lemurs

I created another logo concept

Managed to add the banner pic. Took a surprising amount of cropping, resizing to get it positioned right. Im sure itll surprise nobody that it doesnt show up on the Discussion page... ~~Ууp <talk> 14:02, October 15, 2020 (UTC)