See a scene you think was just amazing? Take a screenshot and post it here for everyone to see! The winning picture will be featured on the homepage of the wiki all next month!

Voting is now open through October 31st. Please remember to sign your votes

Take a picture of a recent anime episode or recent manga chapter and upload it using Special:Upload or "Add a Photo" in the sidebar. Before you do, the picture MUST be substantially different from other ones posted here. We don't need seven pictures that are within the same ten seconds of an episode with just minor differences in each. Identical or similar pictures will be deleted, and all votes for that picture will be moved to the first picture of that scene posted.

The picture must be free of errors, such as having a mouse on the screen, and must have completed and valid {{Fair use}} and {{Fair use rationale}} templates affixed to it or it will be removed. Pictures of the manga should be limited to one panel, though more may be permitted if it is too difficult to crop out other panels, which will be reviewed on a case-by-case basis. Fan pictures are not allowed, including fan colorings of manga scans.

Post the picture like so: [[Image:Name.jpg|thumb|left|190px|Caption for the image]] Then, make a separate headline under the appropriate header for each individual picture you have. For example, if you have a picture of Yammy shooting a Bala blast, then you could make a header like so: ===Yammy Llargo: Bala Blast===

The picture must have been featured in a chapter or anime episode (either a new Japanese episode or newly dubbed English episode) released this month.

Posting pictures before the release of the new chapter or episode in English is in violation of the Spoiler Policy. DON'T DO IT!

It's pretty easy to vote, you just have to add either of the following in the category bearing the picture of your choice.:

Adding a picture is not enough to count as a vote - you must also specifically list a comment supporting the picture. You are not required to vote for the picture you uploaded.

Only one "Support" vote vote per user.

The "Oppose" vote is to be used only to highlight issues with a candidate. 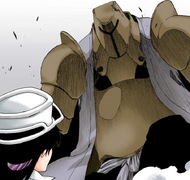 A Life Turned on its Head

A Trick Up Their Sleeve 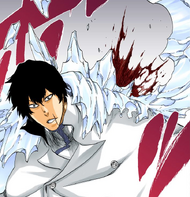 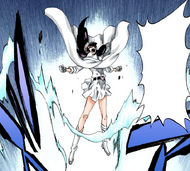 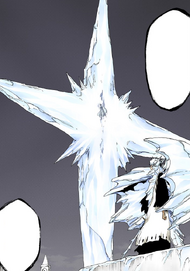 Any vote that is deemed invalid is moved here. Reasons why a vote may not be considered valid are set out in the Voting Policy.

Here are the archives for Featured Pictures.

Retrieved from "https://bleach.fandom.com/wiki/Bleach_Wiki:Featured_Picture/Nov_2013?oldid=510754"
Community content is available under CC-BY-SA unless otherwise noted.