Hello and welcome to the Bleach Wiki, a wiki dedicated to the Bleach series by Tite Kubo! We hope you enjoy your stay and help us by making new pages or contributing to the existing 2,508 pages we have here on the wiki! 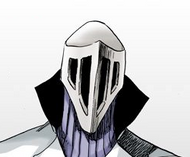 BG9 is the Sternritter "K". He wears a helmet with vertical slits, masking its face save for a single, glowing eye. Underneath the Sternritter cloak, it possesses tendrils to use as weapons to ensnare or pierce its opponents, missile launchers, and a large minigun.

Having first fought Suì-Fēng in the initial invasion of Soul Society, BG9 stole her Bankai and has brought it into her possession, and came back to fight her during the Wandenreich's second invasion.

"Zangetsu, I won't ask you to 'lend me your power' any more. And I won't tell you 'don't get in my way'. I won't even say 'let us fight together'. I'll fight for myself. Thank you, Zangetsu. You are me." - Ichigo Kurosaki thanking Zangetsu in chapter 542. 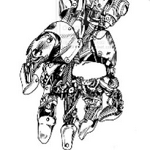 We have a NEW Featured User. It's Kman111 who has been here since 2015. He is usually seen reverting vandalism or bad, policy breaking edits along with other work including grammar work. He's relatively new but has made a big impression on us and the site as a whole. Check out what he has to say here where the team interviews him! 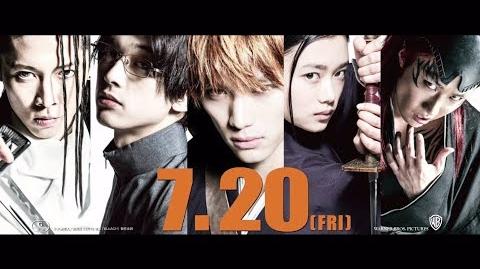 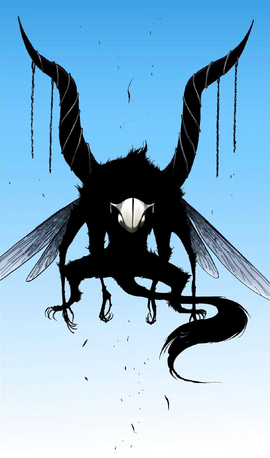 Well, it took...good lord, just 2.5 weeks shy of a full YEAR to get through the entire Bount arc and all its related articles due to pandemic depression/UCP majorly screwing up my process/a surprisin…

Wow. So, uh...wow. It's really been over 4 whole years since my last chapter blog. So much has changed since that fateful day in 2016 - the wiki saw a drastic decrease in activity and users that's on…

Retrieved from "https://bleach.fandom.com/wiki/Bleach_Wiki?oldid=469368"
Community content is available under CC-BY-SA unless otherwise noted.