Edit this page
watch 01:40
Boba Fett Returns - The Loop
Do you like this video?
Play Sound

While similar in function to a Cero, a Bala is not nearly as powerful, but, thanks to its composition, its speed is 20 times faster, allowing it to be fired in quick succession. In addition, it possesses more concussive force than a typical Cero does.[1] The overall speed and power of a Bala varies depending on the Arrancar using it; while the power of Yammy Llargo's version is equated with a particularly powerful punch, Ulquiorra Cifer's can blast large holes into an enemy's body.[2]

Though the majority of Bala are crimson in color, a number of Arrancar have exhibited colors which differ from this. 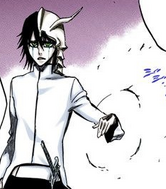 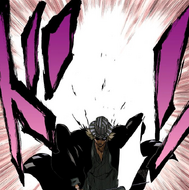 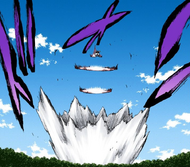 Yammy fires a Bala into the ground below. 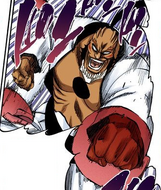 Yammy fires Bala from both fists.

Yammy fires a Bala from his left fist.